Apple CarPlay allows users to easily control their iOS device with their car radio or infotainment system. It was introduced in 2014 and is now used by many iOS users on a regular basis.

However, the update to iOS 14.6 seems to have messed up the Apple CarPlay feature for several users.

As per multiple reports, Apple CarPlay is not working wirelessly or with USB for users after the iOS 14.6 update.

It is possible that this issue might be occurring due to some specification changes made in iOS 14.6.

However, there have been no comments from Apple on the matter yet so it is unclear what the exact cause of the issue is.

Also, generic troubleshooting like unpairing and pairing devices again and restarting the iOS devices (Apple iPhone) are not working.

While the issue appears to be widespread, the lack of clarity from Apple is further adding to users’ dilemma.

However, this has led some users to figure out possible workarounds to get Apple CarPlay working again.

Well after a week of grief and trying everything under the sun as per all the posts and blogs..,..it was as simple as doing a hard reset or the car media (R-link 2: hold down the on/off button once on) and the iPhone 12 Pro Max hard reset and wolah connects and works without any problems. On ios14.6 too. Only had clay issues after the 14.6 update.
Source

It seems restarting the car infotainment unit can isolate the problem with Apple CarPlay, according to one of the affected users.

Apart from that, resetting the infotainment unit and the affected iOS device may also fix the said issue.

While the said workarounds appear to be solving the issue for some users, it is not a permanent solution. Thus Apple or car infotainment vendors might have to address the said problem with a software update.

Hopefully, the tech giant provides more clarity on the matter or better yet, fix the problem once and for all.

Meanwhile, be sure to try the aforementioned workarounds and let us know whether or not the problem gets resolved by dropping a comment below. 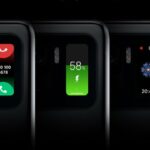