The annoying ‘Aw, Snap!’ error on Google Chrome isn’t new to seasoned PiunikaWeb readers. We’ve had a few coverages on this subject over the past year or so. We first highlighted the issue back in 2019.

At the time, affected users revealed that the update to Google Chrome 79 didn’t address the ‘Aw, Snap! Something went wrong while displaying this webpage’ error message triggered after v78 rolled out. It was claimed the then-new update caused some antivirus apps to crash Chrome browser on Windows 10. But it later emerged the issue was also affecting mobile phones.

Not long ago, we came across newer reports, indeed implying that the issue never got a proper fix. And the same is true for the ‘Aw, Snap! STATUS_INVALID_IMAGE_HASH error, but we’ve got some workarounds.

Google also has a bunch of troubleshooting options for several other ‘Aw, Snap! errors that you may encounter on Chrome. Here’s the current list:

As evident from the list above, the latest Google Chrome ‘Aw, Snap! Error 5’ that various Mac users are reporting seems new to the fold.

This is also backed by the relatively recent reports of the issue doing rounds in the forums, where affected Mac users say they are as a result unable to open new tabs or access the settings page on the browser.

Chrome inexplicably stopped working properly on my MacBook Pro. I was seeing some random pop up about memory, which ceased. Now, Chrome will not open tabs (Aw snap error 5 messages). I am unable to open settings or anything to try to rectify the issue. I have installed/reinstalled innumerable times. Still nothing.

I held for over an hour and a half with Google to get a support number to help, and that was a tremendous waste of time with them suggesting I search forums, which I have been doing with no success. I am hugely disappointed in Google’s lack of support. Has anyone found a solution to this issue or was the solution to just switch to another browser?
Source

Any URL related to settings doesn’t open giving me the usual “something went wrong while displaying this web page” note, leaving me without access to anything related to my history, passwords, payments etc.

I have tried the usual (restarting chrome, my machine, checking for updates, clearing caches, uninstalling it and reinstalling it, incognito mode, deleting all extensions, disconnected my profile and more) but still no luck. And this is getting a bit serious as I have data that I’m at the moment unable to access. Anyone had something like that before? Is there anything I can do?
Source

Unlike the other cases where the ‘Aw, Snap! Error 5’ shows up when Chrome users on Mac attempt to access any menu on the app, we also have a similar error reported by a YouTube user.

Apparently, it shows up when the affected user plays a video on the popular video sharing platform. Unsurprisingly, this happens when using the web browser.

Another curious case about the same error 5 issue comes from a Windows user, and that too several months ago. This is contrary to Mac users, who have only started reporting a couple or so weeks ago.

So I keep getting an “Aw snap” error. I can’t open anything anymore. I tried literally everything. It all happened since I updated my Windows. Can someone please help.
Source

While one can always turn to troubleshooting options to try address such issues, this often needs access to the settings menu. And as users report, opening any Chrome menu results in the Aw, Snap! error 5.

As I pen this, we are yet to come across any official word from Google, so we wait. Hopefully, Google responds sooner than later so that affected users know the status.

Of course, Mac users can always turn to Safari as an alternative if Chrome keeps sending the Aw, Snap! error 5 messages their way. We’ll keep you posted about the updates and any workarounds that may show up. 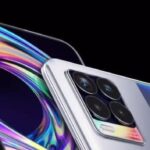