Xiaomi’s Redmi Note line of smartphones represents the gold standard in the mid-range segment of the market. These devices often pack the best mid-range specs available and are priced rather competitively.

Of course, the Redmi Note 10 series is the current iteration of the same but the previous gen, the Redmi Note 9 series of devices also offer a pretty compelling proposition, made even more lucrative with the price cuts.

As compelling as this device is, there are a few teething issues and today, it is coming to light that the device has touch screen issues that potential buyers should be aware of.

After update my Redmi note 9 (global) from 12.0.7 to 12.0.1 some area in the touch screen have issues as they doesn’t work at all. how can I fix it or downgrade the update?
Source

According to some advanced members of the Xiaomi community, this has been occasioned by a jump from Android 10 to Android 11. As such, it is believed that these issues should iron themselves out after some time.

The phone got updated from Android 10 to 11. Restart the phone. You will face some bugs for a week. After that You’re phone will get stable.
Source

For users that aren’t exactly fans of this suggested ‘wait-and-see’ approach, there is hope as Xiaomi has acknowledged this issue, noting that the company’s developers have been notified of this issue.

Along with this acknowledgment, it is coming to light that the next update could very well see a fix for this issue.

Hello,
Sorry for the inconvenience.
This issue is already reported to developers and wait for the upcoming update.
Thanks.
Source

Xiaomi has one of the biggest catalog of devices of any Android OEM. To see the company still committed to taking care of devices that are no longer in the limelight, is admirable to say the least, something other Chinese OEMs need to learn from.

We shall continue to keep an eye on this Xiaomi Redmi Note 9 touch screen issues and report back as and when we have more reports so stay tuned to PiunikaWeb. 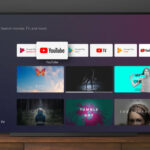 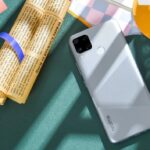