Apex Legends is among the most popular battle royale games available on numerous modern gaming platforms.

While Apex Legends has a pretty decent player base, the game also has its fair share of bugs and issues. Players have been constantly reporting about the bad servers issue with Apex Legends which has been spoiling their experience for quite some time.

Complaints about such server issues with Apex Legends have always been around. There are also several Reddit threads where players have been constantly asking Respawn to fix such issues.

However, Respawn has been unable to isolate these server-related problems completely.

While it is only natural for battle royale games like Apex Legends to run into bugs and issues, the real problem occurs when similar issues start inconveniencing players every now and then.

To recall, an Apex Legends player asked about the bad servers issue in the official ‘Ask us anything’ session for Season 8 Mayhem on Reddit.

Also, it was said that while connectivity issues can occur due to various reasons, Respawn engineers are constantly working to resolve them.

All in all, the response focused on the fact that efforts are constantly being made to fix all major issues in the game.

However, the fact that players are still facing server-related problems clearly indicate that the efforts made by Respawn might not be enough.

Hopefully, the game developer resolves all major and minor server-related issues soon so that player can enjoy Apex Legends without any hassle. 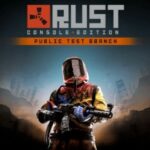