Microsoft is focusing on the development of the Windows 11 update with its first Insider Preview build already out. However, Windows is not the only product from the vendor which gets Insider builds.

Microsoft Office also has an Insider program where interested users and developers can test the upcoming Office updates before their stable release.

The said update offers a visual overhaul to the Office apps and the same is expected to hit the stable channel at a later point.

Since the said Office Insider build is essentially a beta update, it is common for some bugs and issues to be present.

As per several reports, users are experiencing the crashing or freezing issues with the Office Insider 2107 beta update.

Also, the said crashing or freezing issues occur when more than one Office Insider apps are opened.

While such issues are expected on the beta channel, they are still inconveniencing users as they are unable to use Microsoft Office properly.

I’m currently on Version 2107 (Build 14226.20004 Click-to-Run), Beta Channel and my Outlook has been locking up since the build @Matthew_Wadley was on. I’ll be in the middle of something and it will freeze and pop up “Outlook is trying to retrieve data…” I’ll try a repair now.
Source

@OfficeInsider, my office recently got updated to Version 2107 Build 14226. After that update, Excel freezes whenever I opened a SharePoint document. Is there a way to rollback update?
Source

However, Office Insiders may not have to dwell with the said issues as the vendor has acknowledged the same.

The MS Office Insider support has said that they are aware of the said issues and are working to fix them.

This is certainly good news for Office Insiders as a future update might bring along fixes for the crashing or freezing issues.

However, the acknowledgement does not include any ETA for the said fixes so it is unclear how it will take for them to arrive.

Hopefully, Microsoft soon provides affected Office Insiders with fixes for the said issues so they can use the apps without any hassle. 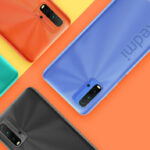