YouTube and YouTube TV have a vast user base so it is common for bugs and issues to occur as long as they are being taken care of.

Now, users are facing an issue with the autoplay functionality in YouTube and YouTube TV on multiple platforms.

However, there have been no official comments on the matter yet so it is unclear what the exact cause of the issue is.

Users are reporting that the autoplay functionality is not working on YouTube and YouTube TV apps for platforms like Nintendo Switch, Roku, Xbox, and many more.

Reports even indicate that users are taken back to the home screen when autoplay is enabled in YouTube and YouTube TV.

Also, since the issue appears to have occurred pretty recently, there are no workarounds to get autoplay working for the time being.

Generic troubleshooting like restarting the device and reinstalling the apps may come in quite handy in situations like this.

However, this is still based on speculation and nothing is confirmed until an official announcement on the matter has been made.

Hopefully, YouTube soon clears the air around the said issue or better yet, fixes it for good so that users can watch content without any hassle.

In the meantime, you can keep an eye on our dedicated YouTube bug tracker to get the latest updates on the topic. 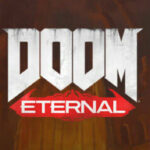