[Updated] FileLinked down, not working or codes not found? Has service been shutdown?

FileLinked is one of those apps that make life a lot easier. For those unaware, FileLinked basically acts as a third-party app store to download Android apps on Fire TV devices.

Not only that, but it also does away with the need for typing those never-ending URLs on a device that wasn’t meant to be used for typing.

All this makes FileLinked the go-to application for many Fire TV users. Now, with that out of the way, let’s get down to the bad news.

Sucks for many I’ll easily get my files set up for direct download. But FileLinked was so easy and awesome. (Source)

Is anyone else’s file linked down? Are there any alternatives yet or is it just offline? (Source)

Upon accessing the FileLinked website, users see the Error 1020 message or ‘Sorry, the page you are looking for could not be found.’

As mentioned, the service went offline several hours ago and there’s no official word on whether or not this means goodbye or if we’ll see FileLinked return at some point in the near future.

According to some, the app still works, however, if you put in the FileLink code, you’ll see a message stating ‘An error has occurred. FileLinked code not be found.’

While FileLinked itself is down or not working, you need not worry about the applications that you installed via the service as they will remain unaffected.

However, you just won’t be able to use FileLinked to bulk download any other apps to side-load on your streaming device.

That said, now that FileLinked has been pulled offline, many users are looking for alternative apps. And if you’re one of the many, then you’re in luck as there are a few great alternatives to the now-dead service.

Apart from these three great services, you can even use the good ‘old-fashioned’ flash drive to install an APK file directly on your Fire TV stick.

Don’t want to bother plugging in dongles? Well, you can even use file transfer apps such as Send Anywhere to share APK files directly to your Fire TV stick and install them.

That said, we’ll post an update if and when we come across any further developments related to FileLinked possibly being shut down forever.

In case you had high hopes for Filelinked coming back soon, we’re sorry to break the bad news but the official Facebook page has also been taken down. This indicates that the service has indeed come to an end rather than it having server issues.

While there is yet to come a confirmation regarding the shutdown of the service, this whole sequence of events has led to the rumor of anti-piracy action or copyright complaint.

The reason being, it requires the service in question to not only shut down but keep mum on the matter. But it’s all in the air right now, as there is yet to come clarity. Rest assured, we’ll keep you updated.

The official FileLinked website no longer pops up on popular search engines which further indicates that the website may have run into legal issues and has been forced to close shop.

With no signs of FileLinked coming back, the only way forward is to use alternative services. An individual on YouTube has talked about three of the best alternatives to FileLinked, check it out below.

Another excellent source of APK files is the Archive.org website. Here you’ll be able to find over 70K APK files uploaded by others and is absolutely worth checking out.

There’s a brand-new alternative to FileLinked called AppLinked. Matter of fact, the entire app is more or less the same as FileLinked as it even lets users create their own codes. Here’s a quick tutorial to get it set up.

[Updated: July 2] macOS 12 Monterey beta too buggy on Mac? Here's how to downgrade to Big Sur or Catalina on Intel & M1 Macs 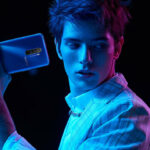