OnePlus 6 and 6T will both be upgraded to OxygenOS 11 update based on Android 11 operating system at some point. According to OnePlus, this will happen at the end of August.

Of course, you probably know this already. Back in April, OnePlus revealed that OxygenOS 11 beta update would be made available for the duo towards the end of August.

At the time, it seemed like OnePlus was just buying itself some time and also playing safe by picking an end of August release date. A potential release date that is months away ensures OnePlus devs can work on the update at their own good pace and maybe even surprise device owners with an earlier-than-expected rollout if things go according to plan.

Call it wishful thinking if you may. But this is what many owners of these two phones have been looking forward to.

And despite OnePlus clearly stating its stance, impatient 6 and 6T users still won’t rest, popping up in unexpected situations with queries of when the update will be made available.

Are you planning on updating OnePlus 6 now to Android 11 as promised? Or are you going to renege on this promise because you’ve decided to join Oppo or because Carl Pei left you for greener pastures?
Source

Even Android 12 soon gonna come in market..when will device like OnePlus 6 and 6t get atleast android 11 @OnePlus_IN, @oneplus, @OnePlus_Support
Source

By its usual standards, OnePlus should have upgraded the 6 and 6T to Android 11 weeks or even months ago. But lately, something isn’t right over there.

Whether the recent deeper integration with Oppo has anything to do with these delays is still unclear to us. But according to OnePlus, this merger should, in fact, hasten OxygenOS rollouts.

If this were indeed true as OnePlus would like us to believe, we’d be seeing changes already, at least with the release of Android 11 update for the OnePlus 6 and 6T devices.

Instead, OnePlus won’t budge. Responding to a concerned OnePlus 6T owner on Twitter a couple of days ago, support notes that OxygenOS 11 Open Beta update is still on course for an “end of August” release date.

If anything, the integration with Oppo changes nothing in regards to the speed of OnePlus 6 and 6T OxygenOS 11 update delivery. You still got to wait over a month from now.

Of course, a lot could change between now and August, so we wait and see and what OnePlus has in store for us. Hopefully, the release of Android 11 update for OnePlus 6 and 6T comes earlier.

You can keep an eye on the developments for these two here, with the rest of the OxygenOS 11 update tracker found here. 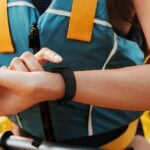