Gmail is one of the most popular email services across the globe with over a billion active users.

However, users of the Gmail app have been facing some issues after a recent update which are spoiling their experience. As per multiple reports, users are facing the right to left text alignment/language issue with the Gmail app.

Most users who have reported about this issue have set their language as Hebrew but it is present with other RTL languages as well.

Basically, the text alignment of the said RTL languages is setting as left to right which causing inconvenience while typing.

While the issue has been escalated to the relevant team, there is no word on when a fix will arrive.

Users have been asked to uninstall Gmail app updates to no avail but one such workaround did solve the problem for some.

Several users have said that uninstalling the Google Chrome and Android System WebView updates solved the RTL issue for them.

Also, users have been asked to open the Gmail settings in a web browser instead of the app and set enable right to left option from there.

This does not seems to be solving the issue for affected users as the right to left option is missing from Gmail language settings.

So, those who are facing the said issue can try to uninstall the Android System WebView and Google Chrome updates and check whether it resolves the problem or not.

Apart from that, iOS users are facing an issue with the Gmail app where the “Mark as unread” option is not working.

This issue has also been highlighted to the relevant team but it is unclear how long it will take to address it.

Hopefully, Google soon releases a fix for both issues as they have been spoiling the user experience for quite some time now.

The team is still working on this one. I am regularly raising this issue, but what could really help is if all of you can also send feedback on this issue using the Send Feedback option from the Gmail iOS app.
Source

IST 07:15 pm: As per a user report from the Google Support community, the issue where the ‘Mark as Read’ option is not working properly on the Gmail app for iOS is a known issue which is currently being investigated.

I contacted GSuite support about this, here is the response – they are aware of this issue and are working on it (slowly it seems):

After reviewing the information you provided, we believe that you may be affected by a known issue: Gmail iOS app – “Mark Unread” button not working. Here are some details about the issue:

Description:
Tapping ‘Mark as Unread’ removes message from Unread Inbox, however, message is still shown as Read in Inbox

How to diagnose:
Open a message, tap ‘mark as unread’, message is removed from Unread inbox, still seen as Read in Inbox.

Workaround:
There’s no workaround available at this time, but we’ll let you know if we learn of one.

Current update:
At 2021-05-28 17:07 US/Pacific (just now):
Our engineering team has confirmed this issue and is currently working to identify the cause of this behavior. Once that is done, we may be able to provide an estimated release date for the fix.
Source 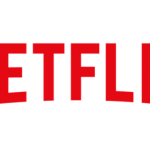