Call of Duty Modern Warfare has a pretty decent player base. However, COD Modern Warfare multiplayer users have been going through some tough times lately.

This is because a recent COD Modern Warfare update has messed up the Cruise missile and Predator missile speed.

As per multiple reports, it seems the Cruise missile and Predator missile speed is quite slow after the recent COD Modern Warfare update.

Some users are even pointing out that the missile speed has been intentionally nerfed. However, there is no mention of such a change in the release notes.

Also, it seems that the boost functionality which can be activated before the missile hits the ground is not working after the said update.

So why is my cruise missile so slow I even use the boost I tried it 3 times in 3 different games it’s not just me is it?
Source

I know they changed the cruise missile but I feel like this is too slow, idk if it’s just me
Source

This is inconveniencing players as they are unable to properly use the Cruise and Predator missiles in the game.

Moreover, the game developer, Infinity Ward, or publisher, Activision, has not made any comments on the matter so far.

Thus it is unclear whether this change is intentional or if it is a bug which will be addressed in the future.

It is possible that the slow Cruise missile and Predator missile speed in COD Modern Warfare might indeed be a bug.

However, this is still based on speculation until the game developer or publisher provides more clarity on the matter.

Hopefully, Activision or Infinity Ward looks into this or better yet, resolve it for good so that players can enjoy the game without any hassle.

That said, we will keep tracking this for further development and will provide more details when they become available so stay tuned. 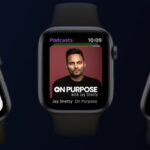