We are all familiar with the unmatched pieces of tech that Apple builds for the consumers. One of the most superlative gadgets in the Apple inventory is the Apple Watch.

A watch that equips hardware and features that no other brand has brought in a single frame which is powered by Apple’s in-house operating system.

watchOS saw a total revamp with the new watchOS 7 that brought more capabilities to the watch by enhancing the overall user experience at the same time.

The Apple Watch was doing good until the watchOS 7.4.1 update aired. The battery has reportedly taken a big hit after this update.

I updated my series six Apple Watch on Monday as soon as watchOS 7.4 was released. Since then I have experienced excessive battery drain and random restarts throughout the day. I normally have around 30% to 40% of battery remaining in the evening but now I have around 10%.

After updating my Apple Watch 5 to watchOS 7.4.1 the battery goes flat very quickly, the indicator seems like to showing correct percentage charge. Upsetting while in the middle of a workout suddenly the watch dies.

The battery that used to last for more than 24 hours on the earlier builds now barely lasts 12-14 hours. The power consumption has shot up which may be the root cause of the drainage.

While there’s a big chunk that only started to experience the sporadic battery drainage after the watchOS 7.4.1, some claim (1, 2) that it existed even with watchOS 7.4.

From Apple Watch Series 3 to Series 6, every generation of Apple Watch that is on the latest version of watchOS has been impacted. 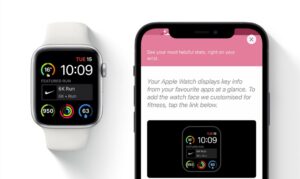 Since there is no word from the company or by any of its representatives, users are left with no other option but to try the hit and trial method.

An affected user came up with something that resolved the battery drainage issue for him to some extend. Doesn’t require much time or effort so it can definitely be tried.

First I unpaired watch, then repaired it. I left it on charger to keep 100%. Then I shut down watch plus phone. Then I restarted watch and phone at as close to same time as possible. When I went to bed at 11pm last night it was 100%. This morning at 9:30 it was 82%. (Source)

Here’s the official way to erase Apple Watch and pair it back with iPhone.

There’s one more way that may work for some folks.

These are the only things that can help reach close to the battery backup that Apple Watch users once used to have.

We hope Apple takes note of it and fixes things before it affects more people. We will keep you posted and report here in case we come across any other workaround.

IST 07:25 pm: A recent thread on the Apple Community indicates that user of the Apple Watch are still experiencing the battery drain issues, while an official response is still awaited on the matter. 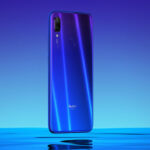