Several Google Nest Audio users are reporting a strange issue with the sound output on their units over the past few months.

A quick look in the official support forums reveals a series of threads that have been in existence since late last year about the Google Nest Audio crackling sound issue.

According to those affected, the Nest Audio sounds so muffled even when the equalizer treble is at its highest. It looks like audio coming from multiple apps is affected, including Spotify and YouTube Music.

I got nest audio for Christmas and today sound began to sound muffled. It is muffled when radio is played through TuneIn or when audio is streamed from Deezer. Also the assistant sounds muffled. I went back to normal for about 1 minute but still muffled.
Source

Sound on new Nest Audio is horrible. Very muffled even when treble is adjusted to highest setting. Very disappointed. Have asked for an RMA. Don’t understand the good reviews for this product.
Source

Furthermore, tests when in casting mode using Bluetooth yields the same results for those affected by the Nest Audio sound crackling bug.

Some say a simple restart of the Nest Audio and router fixes the problem, although it may come back after a short while.

You may also try switching between the 2.4GHz and 5GHz Wi-Fi frequencies, but then again, the Google Nest Audio crackling sound issue is likely to return.

For some reason, though, what seems to be addressing the issue long-term for affected Nest Audio users is disabling the UltraSound Sensing feature.

Just disable Ultrasound Sensing in the device’s settings. The pop sound will go away.
Source

It’s the ultrasound setting, you just need to turn that off and it will stop.
Source

For the uninitiated, Google says UltraSound Sensing “takes you to another level of convenience by customizing your favorite Google Nest display and Google Nest Mini features depending on your distance from your device.”

When enabled, users of supported Nest devices “can get more help and control at a glance”, but according to affected Nest Audio owners, this feature is the culprit when enabled.

To disable it, head over to your Google Home app and select your Nest Audio > Settings > Recognition & sharing > Ultrasound sensing > Turn off. There’s more details to this feature here.

We will be keeping an eye on this story for any future developments and update you guys as and when we have news.

In response to one of the user complaints, a community specialist has come out to apologise for how long this issue has dragged, asking users to submit more feedback.

Sorry this has taken this long and I understand how you feel about these unwanted crackling noises when you’re listening to your music of choice.

Our team would want to check on this further. Please send feedback on your Nest Audio by using the keywords “GHT3 Nest Audio Crackling and Popping”. To know more about sending feedback, please refer to this link. 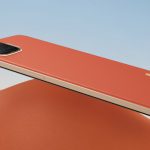 Roku Wi-Fi connectivity issue (error 003) troubles users, but there are some workarounds