The Elder Scrolls Online Boon Boxes not counting towards achievement issue acknowledged, fix in the works

The Elder Scrolls Online has been around since 2014 and the famous MMORPG is now available on numerous platforms.

While The Elder Scrolls Online has a decent player base, an issue has been spoiling their experience lately. As per several recent reports, The Elder Scrolls Online players are facing an issue where the Boon Boxes are not counting towards achievement.

Specifically, the said issue affects Mayhem Boon Boxes which are not counting towards the Hand of Whitestrake achievement in The Elder Scrolls Online.

While it is unclear what the exact cause of this problem is, it seems player may not have to dwell with it for long.

Yesterday my 20 boon boxes i opened wasn’t counting toward the achievement. What can i do?
Source

This is because The Elder Scrolls Online has officially acknowledged the said issue and a fix for the same is in the works.

In the meantime, affected players can get the said achievement by the boxes from the Rewards for the Worthy mails.

The official acknowledgement, however, does not include any ETA for the said fix so players may have to rely on the given workaround for the time being.

This is inconveniencing players as they are unable to progress in the game because of the aforementioned problem.

It is, however, still good to see that the said Elder Scrolls Online issue has been acknowledged and is being fixed.

Hopefully, the game developer releases the said fix soon so that players can enjoy the game without any hassle. 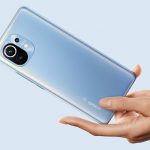 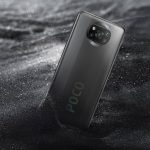