Samsung Dual Messenger allows two accounts to be used with one chatting app like WhatsApp. Many people use the Dual Messenger feature on their Samsung devices.

However, it seems that the said feature is giving trouble to users as their saved images and videos are getting deleted.

As per multiple reports, the photos and videos saved via the Dual Messenger app for WhatsApp are getting deleted after the Android 11 update.

The said issue is affecting multiple Samsung devices which further indicates that the issue is widespread.

Samsung has not made any comments on the matter but there appears to be an explanation for the said problem.

Anyone using dual messenger for whatsupp on Samsung, know that there have been issues related to disappearing images folder (I am having the same problem all my photos are gone) make sure to back them up! @Samsung #WhatsApp #dualmessenger
Source

Samsung Support said that this issue is due to Google‘s enhanced security policy on Android 11, according to a screenshot shared by an affected user.

While this does clear the air around the said issue, it is still inconveniencing users as they are losing their data.

This has further led affected users to come across a workaround which can prevent the said data loss.

The workaround involves backing up chats locally or via Google Drive in the Dual Messenger app WhatsApp account then restoring the same with WhatsApp for Business can isolate the issue.

Also, the Dual Messenger feature can be disabled to further prevent the said data loss. However, it is unclear whether the deleted images and videos can be recovered or not.

Hopefully, Samsung provides a proper fix for the said issue in the future so that users can be better prepared for such situations.

NOTE: There are more such stories in our dedicated Samsung section so be sure to check it out. 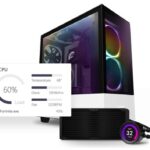