Sea of Thieves has a pretty decent player base and over 15 million users play it on numerous platforms. However, players have been going through a tough time lately due to several issues.

To recall, there were multiple reports of matchmaking and players not receiving reputation and gold issues. Now, it seems several other issues have been troubling players. As per multiple reports, players are facing an issue where they are unable to get on ships using ladders.

Apparently, they keep falling down in the ocean taking damage as soon as they climb aboard using ladders.

This collision glitch is inconveniencing many players after a recent Sea of Thieves update and it is further preventing them from progressing.

However, support has acknowledged the said collision issue and confirmed that it’s under investigation.

In the meantime, players can try to get on ships by jumping from the docks. Also, the issue can be temporarily fixed by leaving the game and rejoining after some time.

The official acknowledgement does not include any ETA for a fix so players may have to rely on the given workarounds until the issue gets addressed.

We are aware and looking into this one, so stay tuned for any updates.
Source

Apart from that, Sea of Thieves players are also facing issues with the Season Three Plunder Pass rewards not unlocking immediately when earned via seasonal progression.

Similarly, support has also acknowledged the Plunder Pass rewards issues stating that the problem can be solved by signing out of the game then signing back in.

Moreover, it has also been said that the relevant team is currently working on a hotfix for ‘The Sunken Pearl’ Tall Tale to further improve the user experience.

We have heard your feedback on ‘The Sunken Pearl’ Tall Tale in Sea of Thieves: A Pirate’s Life, and the team are currently working on a hotfix to improve this experience for everyone. We aim to release this as soon as possible and will update you on the timing when we know more.
Source

It is good to see that game developers promptly acknowledging and working to fix the issues with Sea of Thieves.

That said, we will keep tracking this for further development and will provide more details as and when they become available. 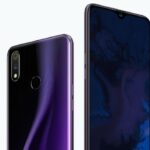 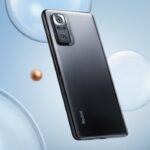