Samsung has been on a roll with software updates this year. The company sent out Android 11 with its One UI 3.0/3.1 skin for most devices ahead of schedule and has the most number of phones running on the latest OS.

In contrast, one of Samsung’s biggest rivals — OnePlus — has only rolled out Android 11 to a handful of smartphones, of which some of them are yet to get the update in certain regions. As Samsung marches on with its software updates, many users have started looking forward to getting the update to Android 12 with the One UI 4.0 skin.

However, the stable rollout for Android 12 is still far off. But don’t be disappointed. Samsung is yet to release another major update for its skin over Android 11 that should come in form of the One UI 3.5 update.

The One UI x.1 and One UI x.5 updates in the past have brought refinements and new features to eligible phones.

And while they aren’t as featured-packed as complete OS updates, they are definitely worth getting excited about. 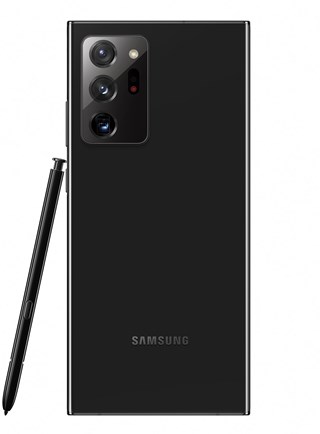 However, it’s unclear whether Samsung will be able to launch the Galaxy Note 21 series this year due to a global shortage of chips.

Although, Samsung is expected to release the Galaxy Z Fold 3 and Z Flip 2 in July this year meaning that they might be the first devices to rock the One UI 3.5 skin.

Whatever the case, One UI 3.5 should start rolling out in July or August to existing models if past trends are to be followed.

Not all Samsung phones running on Android 11 will get the One UI 3.5 skin. For a brief recap, One UI 1.5 never made it past the Galaxy Note 10 series, on which it debuted.

One UI 2.5 made its way over to several smartphones including the flagships down to the Galaxy S9 series as well as some A and M series phones such as the Galaxy A50, A51, M31, and M21.

So taking the One UI 2.5 rollout into account, we’ve come up with a list of eligible Samsung devices that we think might get the One UI 3.5 update.

These devices are expected to get the One UI 3.5 update based on previous trends. As for the Xcover devices, we didn’t come across any reports regarding the availability of One UI 2.5 for the Galaxy Xcover Pro.

This means Samsung might skip the One UI 3.5 update for the Galaxy Xcover 5 and Xcover Pro too. However, we’ll just have to wait and see how things play out.

IST 06:48 pm: Samsung’s One UI 3.5 update is expected to bring support for adaptive UI and some advanced multitasking features according to a report.

We may be able to see the new adaptive UI on Fold3: Split UI pic.twitter.com/gCARLGjJUI

IST 12:35 pm: New developments indicate that Samsung might be preparing to release the One UI 3.5 update for the Galaxy S21 series soon. Head here for more details.

IST 04:20 pm: A leakster has recently tweeted that Samsung Galaxy Z Fold3 will come out with One UI 3.1.1 instead of One UI 3.5. This further indicates that One UI 3.5 might come out this year or not arrive at all.

While the leakster has also highlighted that there is no such thing as One UI 3.5, all this is still based on speculation as there is no official word on the matter so far.

IST 02:20 pm: Now that Samsung is allegedly doing away with the One UI 3.5 update, the update to One UI 4.0 based on Android 12 might start rolling out sooner. Check out this coverage for more details.

Note: We’ll add the tracker table to this article once Samsung seeds the One UI 3.5 update to any device. MIUI 13 update may be introduced in August 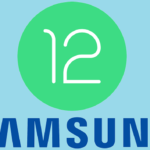 Samsung skipping One UI 3.5 may lead to a quicker One UI 4.0 (Android 12) update rollout