[Update: Log in issue resurfaces] Hive Smart Home app keeps logging you out after latest update? Fix in the works, but you may try these workarounds

Original story (from may 04) follows:

Hive is a popular name when it comes to smart home devices and it has over a million customers in the UK.

Users can control a wide range of devices including lights, motion sensors, thermostat, and more via the Hive Smart Home app or website. However, users have been facing an issue with the Smart Home app where they are getting logged out.

As per multiple reports, this issue has been around for some time and users are still waiting for a fix.

A lot of Hive users are affected because of the logging out issue but that might change in the near future. The Hive Helper UK Twitter handle has acknowledged the said issue and a fix is being looked into.

Also, users have been asked to uninstall the Hive app, restart their device, and install it back.

While this is not a permanent solution, it will temporarily fix the problem until the said fix is released. 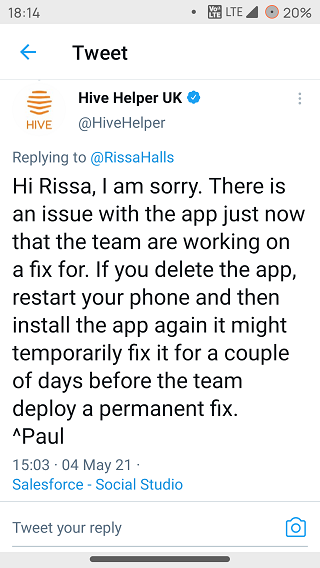 It must be noted that the Hive app recently bagged the update version 10.40.4 but the issue is still present.

As per Hive Helper UK, the latest app update is meant to collect relevant data which will further help to resolve the issue.

Hopefully, the Hive app update with a permanent fix arrives soon as the said issue is causing inconvenience to users. 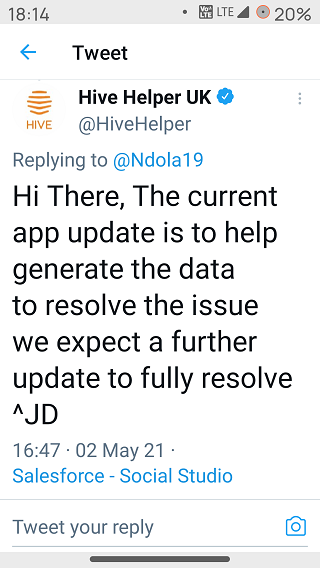 In the meantime, you can check out our dedicated Smart Home section as there are more such stories over there.

After the latest update, users are again troubled with constant login requests. Here are some of the reports:

@HiveHomeUK
it’s Friday morning and about time this issue of having to log in every time the hive app is opened was fixed by now, after your recent update….
source

@HiveHelper
hi, the hive app is asking me to log in and verify with sms code every time. It’s only started doing it tonight. Please can you advise? Thanks
source

What’s good is the issue has been officially acknowledged and is being worked on. Here’s what HiveHelper said regarding this:

We are aware of log in issues for some of our customers, we are working through these just now & will share here when resolved, all schedules set will operate as expected. Thank you