Call of Duty, popularly known as CoD, is among the most played game series across the globe. However, COD Warzone players have been going through a rough patch.

To recall, players have been facing issues with Regiment invites (receiving/sending), friends list not working, and Dev error 5573.

Now, it seems another issue is affecting COD Warzone players where the game crashes when using certain blueprints with QBZ.

Also, there are multiple reports of the said crash issue where COD Warzone players are getting a fatal error if they have QBZ in their favorite class set or while using a blueprint for the said weapon.

It is unclear what the actual cause of this issue is but players may not have to dwell with it for long.

this is what happens when i click the warzone tab, a couple of posts has suggested the issue might be that i have the QBZ set as a favourite weapon class, but as you can see i dont even get a chance to get into the lobby
Source

As per a recent tweet from Raven Software, the said issue with COD Warzone is currently being investigated.

Moreover, it is mentioned that COD Warzone players can experience the crash issue when using the Smoke Valley, Death Metal, Fresh Powder, Soul Survivor, and Cross Check blueprints with QBZ.

So, it is advisable not to use the said blueprints with the weapon in question or include QBZ in the favorite class set until the issue gets resolved.

However, there is no word on how long it will take to fix the said problem as the acknowledgement does not include any ETA for the same.

While this issue is particularly inconveniencing those who use QBZ as their default weapon, even casual players appear affected because of it.

Hopefully, Raven Software resolves the said issue soon so that players can enjoy the game without any hassle.

Incoming is a good news as the developers have recently fixed the QBZ-related crash issue.

Fixed an issue where using some QBZ-83 (BOCW) Blueprints would cause Players to crash. 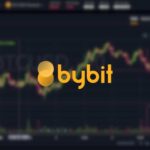 Bybit acknowledges issue where users are unable to see balance, trades, & positions, fix in the works