The Redmi Note 10 series is one of the most compelling budget smartphone buys of the season owing to its unbelievable specs. But perhaps the greatest perk is that the series comes with AMOLED displays for the first time.

Apart from deep blacks, contrasty colors, and better sunlight legibility, AMOLED displays are much loved because they bring along always-on display tech. This is missing on the Redmi Note 10 series though.

And as if that wasn’t enough, there is now a new issue making rounds. There have been a bunch of complaints from users stating that the Redmi Note 10 Pro and Redmi Note 10 Pro Max have screen flickering issues.

The flickering mostly takes place when the display is set to a 120Hz refresh rate. This explains why complaints are limited to the Pro variants and not the regular model – the Redmi Note 10 lacks support for high refresh rates.

It was also observed that the flickering is especially noticeable when the dark mode is toggled on. This may even be combined with tinting issues on low brightness levels.

Now, it is worth mentioning here that display flickering and tinting issues are something that’s turning out to be commonplace on almost every smartphone with an AMOLED display released in the past couple of years.

Heck, even the iPhone 12 series hasn’t been left out. The issue is most likely to be hardware-related and hence cannot be easily fixed through software updates.

But what truly is unusual are the reports of touch issues. Several users have complained of ghost touches during regular usage of the device.

Nonetheless, Alvin Tse, GM at Xiaomi Indonesia, has now revealed that the display issues on the Redmi Note 10 Pro/Pro Max, or at least screen flickering, may get addressed as early as with the next update.

This will be done through some kind of tweak or by ‘changing a setting’. Do note, however, that the executive has only promised a reduction and not a complete resolution.

Hence, users may have to wait a while before the screen flickering is finally gone for good.

Redmi India Support had also emphasized that the display flickering issue is a software one and is hence nothing to be too worried about:

But what about the other issues like touch problems and tinting? Well, let’s just hope that the update in question will make improvements with these as well.

We are aware of the issues that a few users are facing on Redmi Note 10 Pro. These issues have been reported by less than 0.001% of the Note 10 series user base. We are working to find a solution at the earliest. As a committed brand, our endeavour is to continue delivering on our consumer expectations.

That said, we shall continue tracking the matter for further developments so stay tuned to PiunikaWeb.

12:46 pm (IST): A fix for the screen flickering issue on the Redmi Note 10 Pro and Redmi Note 10 Pro Max is being rolled out to select users along with a bunch of more features. Details and download links can be found here.

12:11 pm (IST): It now appears that the Xiaomi Redmi Note 10 is affected by the same screen flickering issue affecting its most premium variants. 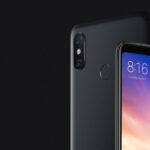 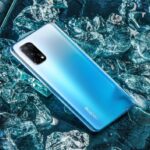