The desktop operating system space is dominated by Microsoft’s Windows which boasts about 74% market share, at least according to recent stats.

Apple’s macOS stands at a pretty respectable 15% but the real selling point of macOS and other Apple devices for that matter is the proverbial ecosystem. Add that to the fact that Apple designs everything surrounding its PCs and you begin to see the benefit of close integration and hardware optimization that makes Macs so appealing.

Macs and Apple devices in general are expected to be very optimized and fluid. It is, therefore, surprising for Apple users to be facing issues to do with choppy/laggy animations on their systems.

Interestingly, this is what seems to be happening if user reports are anything to go by. See, according to a section of Intel-based and even Apple M1-based Mac users, their devices are exhibiting a few lag issues.

My first ever Mac, loving it so far, but the macOS UI resizing animation are unbearably choppy and laggy, is this normal? (MBA M1)
Source

From the comments I’m getting on r/mac, this does seem like this macOS laggy animation is normal (or at the very least widespread), many people have this issue.
Source

According to affected users, their Macs tend to present laggy and choppy animations whenever they resize windows. This behavior seems to be consistent for users on both M1 and Intel-based Macs.

Suggested workarounds include the basic troubleshooting procedure of restarting affected devices but this doesn’t seem to yield any meaningful relief to affected users.

Some users feel like this issue is more pronounced on Google Chrome browser. However, that has since been disproved as many other reports indicate that the issue is bigger than just one app.

It’s definitely not normal in general, but I DO have choppy Chrome on all my Macs, from 2015 MBP with Intel Graphics, to 5k iMac to a Hackintosh with RX580, to M1 Air. On all of those, UI redraw is smooth except Chrome.
Source

At the time of writing, it remains unclear what exactly causes this issue. That said, we shall continue to keep an eye out for this one and update as and when we get an official acknowledgement or any new info so stay tuned to PiunikaWeb. 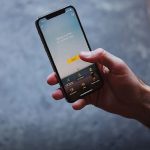