In case you’re wondering why you’re unable to view the WWE: Hell in a Cell pay-per-view event on Peacock TV, you’re not alone.

Many viewers have taken to Twitter to find out what’s wrong. Some say they are getting a CDN error, while others say that the app isn’t loading or the stream is buffering.

We’ve shared some reports from disgruntled viewers below for reference.

Oh no is Hell In A Cell not working on Peacock? That’s what I’ve heard from people. #HIAC (Source)

So when you jackasses going to fix this issue….. peacock is not working I want to see Hell in a cell (Source)

My peacock is not working properly. It will let me watch anything except Hell in a Cell. (Source)

It’s clear that the issue is only with the WWE: Hell in a Cell PPV event since viewers have confirmed that they can watch everything else on Peacock TV.

Here’s an image shared by a viewer of the error that pops up on the screen:

Fortunately, Peacock TV support has been quick to respond to the complaints that have been pouring in over the hours.

They’ve confirmed that the replay of the WWE: Hell in a Cell event is now available in case viewers missed it live.

So those who missed any part of the event due to the error can now watch the entire thing at their own sweet time.

Unfortunately, the team has not revealed any details regarding why the issue popped up in the first place. 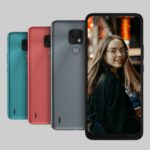