It has been six years since Ubisoft released the popular first-person online tactical shooter, Rainbow Six Siege and the game is still growing strong to this date. The update also fixed a number of bugs, but it looks like it bought some new ones too.

Players are reporting that they are experiencing freezes and crashes after the update, the freeze occurs as soon as players open the game and a new buy bundle prompt appears.

Ubisoft Support team has replied that they are aware of the issue that Rainbow Six Siege players are experiencing and is working towards a fix.

Other than this issue, there hasn’t been any other major bugs or issues reported by the players after the seasonal update.

We are hopeful that Ubisoft will soon fix the issue. In the meantime, we will keep following the latest season of Rainbow Six Siege and keep you updated with any major development. 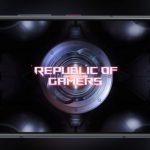