The Indian government has just banned a total of 118 apps, according to fresh reports just coming in. The decision by the Ministry of Electronics and Information Technology comes amid ongoing tension between India and China.

The newly banned apps join the other 59 that got the chop back in June, among them the popular TikTok, UC Browser and even WeChat, just to name but a few.

PUBG is perhaps the most high profile app that has fallen victim of the tensions in eastern Ladakh. Others on the list include Baidu, Alipay, Youku, CamCard, Cut Cut, VooV, Tencent Weiyun, Rise of Kingdoms, Zakzak, and so on.

The images below have a list of all the banned apps (118 in total). Be sure to click/tap on the image to view it.

Device makers such as Xiaomi and Realme have also had to make changes to their software to accommodate this ban. And from the look of things, more app developers may be forced to make drastic changes to their code in order to survive the ban.

Below is the full statement released by the Indian government regarding the ban of PUBG Mobile and other apps in the country:

According to the document above, the ban on PUBG Mobile and other apps in India is primarily because of security concerns. Apparently, these apps are malicious in that they transmit sensitive user data to servers located outside India.

It remains unclear if the government will ease its stance against the affected Chinese apps. As usual, though, we will keep an eye on this and let you know in the event of any changes.

IST 01:00 pm: PUBG Coropration has officially responded to PUBG Mobile’s ban in India. In the response, PUBG Corp. has stated that it will no longer authorize the PUBG MOBILE franchise to Tencent Games in India. Therefore, the South Korean company will be solely responsible for publishing the game in India.

PUBG Corp. is willing to work with the Government of India to get the game unbanned and it states that it will be fully compliant with Indian laws and regulations.

IST 03:10 pm: PUBG Corporation has reportedly announced that it will be making its way back to India in a new avatar. The company has, however, not yet shared a specific launch date for the “new game” which has been specifically created for India.

Apparently, it will be investing around $100 million in the country in order to give a boost to the esports community as well as local video game, entertainment, and IT industries ecosystems.

The company also made the following statement:

Privacy and security of Indian player data being a top priority for PUBG Corporation, the company will conduct regular audits and verifications on the storage systems holding Indian users’ personally identifiable information to reinforce security and ensure that their data is safely managed.

IST 02:32 pm: As per a new development, the Indian government has decided to continue the PUBG ban along with the rest of the Chinese apps and isn’t planning on a reversal any time soon.

IST 04:30 pm: PUBG Mobile is coming back to India as Battlegrounds Mobile India according to a an announcement from the company. Pre-registrations for the game are set to begin soon.

IST 05:10 pm: Krafton has confirmed that pre-registrations from Battlegrounds Mobile India will begin on May 18 on the Google Play Store. Those who pre-register for the game will get a chance to claim specific rewards once the game goes live.

IST 10:02 am: Pre-registrations for Battlegrounds Mobile India has finally started on the Google Play Store. Those interested in getting their hands on the game can head here to pre-register.

People who pre-register for Battlegrounds Mobile India will get some cool rewards when the gave finally goes live.

IST 10:08 am: Those waiting for the release of Battlegrounds Mobile India may have to wait until June 18 according to industry sources as per a report. However, Krafton is yet to finalize a date for the launch.

IST 10:08 am: A fresh report reveals that all data of Indian players in Tencent’s PUBG Mobile is still intact. However, it’s unlikely that Battlegrounds Mobile India will let players retain any items or stats from their PUBG Mobile accounts.

This is because Krafton might land themselves in hot water if they’re found to be associated with Tencent for Battlegrounds Mobile India. Tencent was the reason why PUBG Mobile was banned in the country in the first place.

IST 06:40 pm: It seems Battlegrounds Mobile India is facing resistance even before the game could launch in India as per a report.

Arunachal Pradesh’s Member of Legislative Assembly — Ninong Ering — conveyed to PM Modi in a letter that “this is a mere illusion and a trick to relaunch the same game with minor modifications.”

Ninong Ering claims that this is Tencent’s “indirect way of entering India” and capturing data of Indian citizens. That said, this might be the beginning of another disappointing period for mobile gamers in India.

IST 04:15 pm: Krafton’s Battlegrounds Mobile India is apparently sending user data to servers in China according to a test run by IGN India.

This discovery may lead to the rebagged PUBG Mobile game for India being banned in the country again. But we’ll have to look out for more developments on this. 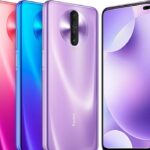 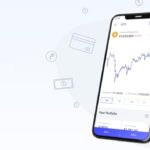