Brawl Stars was released in 2018 and has come a long way since then. The game, developed by Supercell, gets new updates just about every other week to keep things fresh.

Most recently, Supercell rolled out the Gold Arm gang update which brought a bucket load of new features as well as a new brawler to the game — Belle.

Unfortunately for some, this new update brought back the screen scaling issue on Samsung devices which was recently addressed via a follow-up optional update.

That said, the game still isn’t free from bugs. Although, it’s worth pointing out that every game has its fair share of bugs and issues so there’s nothing surprising here.

Some Brawl Stars players are now reporting that the game isn’t loading or instead gets stuck in the loading screen.

@Frank_Supercell any tips on how to fix this issue? Couldn’t play the game since an hour or so. Rebooting my phone didnt help either. (Source)

Can you help me? I’m stuck on the loading screen… (Source)

As you can see from the reports above, Brawl Stars isn’t loading or rather gets stuck in the loading screen. Some even confirm that the issue lingers even after a reboot.

Some players have even shared video recordings of the bug or issue in action. We’ve added one such clip below for reference (Source):

In case you’ve run into the problem on your smartphone as well, then don’t fret. Brawl Star’s Game Lead — Frank — has suggested that users clear the game’s cache to fix the issue.

To clear the app’s cache on an Android smartphone, head to the Settings > Apps > Brawl Stars > Storage > Clear cache. The exact steps may vary depending on the skin on your device.

A player also confirmed that the issue was fixed after clearing the game’s cache.

It worked, thanks for your assistance. It apparently wasnt device cache but from Brawl itself. Either way its fixed (Source)

That said, let us know whether or not the recommended solution worked for you in the comments below.

Brawl Stars users are complaining about the loading issues as of writing this. For those of you facing the issue, Brawl Stars has confirmed the glitch on Twitter, saying:

Apparently, our servers got too excited about the gift as well… Working on it!Woman construction worker

Looks like the game is not opening and stuck on loading screens for some as of writing this. Here are some of the recent reports:

And the loading issue is back once again and troubling players. Following are some of the reports: 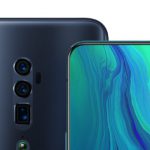