Call of Duty, affectionately abbreviated as COD, remains one of the most popular multiplayer games on the internet today.

Over the past few months, players of COD Warzone have been complaining of an issue within the game, an issue to do with invisible players. 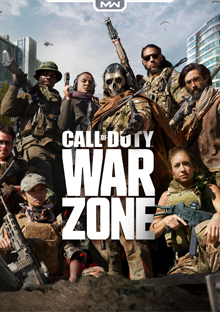 The issue first came to light when the game-makers introduced attack helicopters as part of the Season 2 Reloaded patch. With that, players started being shot by seemingly invisible players.

As a result, we saw the game-maker fix the issue by completely removing the armed choppers from the game. That seemed to have addressed the issue fully.

Recently though, the game-maker included Armored Trucks to regular modes and with this, the same issue of invisible players seems to have crept back into COD, at least according to user reports.

Why am I getting bodied by invisible zombies playrs on cod.
Source

With that, we’ve recently seen reports that COD Warzone developers were actively working on a fix for the invisibility glitch that was plaguing players in Season 4.

Now, Raven Software reports that they have removed the armored cargo truck from the game in a bid to fix this invisible player glitch. In a tweet from Raven Software’s official Twitter handle, the company says:

We have pushed an update in #Warzone to remove the Armored Cargo Truck due to an ongoing issue with players becoming invisible.
Source This fix is the exact same one that the company used to fix this issue when it was reportedly caused by the introduction of attack helicopters.

How effective this tried and tested solution to a similar bug will be, remains to be seen. That said, stay tuned to PiunikaWeb for these and many more Call of Duty stories.