Soon after its release, Ratchet & Clank: Rift Apart reportedly rose to the top of the charts, outperforming every other game in sales.

It is the 2nd biggest launch for the series behind only the 2016 remake of the original.

But all has not been good with the Ratchet & Clank: Rift Apart launch as players who’ve got their hands on the game are reporting that a bug causes the controls to freeze or lock up on the PS5.

The freezes are occurring at different points in the game like while previewing a particular weapon, after finishing a particular mission, or while playing in the Challenge mode.

These freezes aren’t limited to the game only and are also causing the PlayStation 5 as a whole to crash. Users are having to restart their PS5 causing all the progress made in the game to vanish.

Naturally, this isn’t a good look for the developers and we hope the next big launch from the company does not follow the same path.

Luckily, Insomniac Games has acknowledged the issue and is working on a fix that they are claiming to deploy in an upcoming update.

In case you too are affected by the Ratchet & Clank: Rift Apart Challenge mode bug that’s causing controls to freeze or lock up on the PS5, then you may have to wait a bit since there’s no ETA for the fix.

As usual, we will keep an eye on further developments related to the matter and keep you updated. 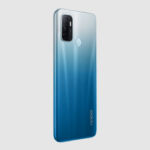