The Android 11 rollout is closer than ever to its conclusion as most of the eligible devices across the Android world have already been treated to the update.

Oppo is easily one of the stars of this rollout. The OEM has a slew of devices under its Android 11-eligible roster but has done a commendable job at rolling out the update across various tiers.

There is plenty of transparency too when it comes to the update release plans as the OEM publishes them on a monthly basis for the month, leaving little to no room for suspense or doubt. Most recently, we saw the June 2021 ColorOS 11 roadmap that listed a bunch of its devices along with when they were set to bag the stable or beta builds.

In the list, the Oppo A53 was present too, slated to get updated to stable ColorOS 11 on June 16, at least for users in India and Indonesia. This should be followed by releases in other regions soon.

And true to their earlier announcement, Oppo Care India today on Twitter confirmed that the ColorOS 11 update for the Oppo A53 is set to be “released any time today.”

So sit tight and wait, guys and gals, as you will be getting treated to the update soon!

For the uninitiated, the update adds a bunch of personalization features like 3 dark mode schemes, support for 3rd party icons. There are also numerous UI changes as well, both to the apps and the overall system.

All this comes following the opening up of the Oppo A53 ColorOS 11 beta update program a couple of months back in April.

06:07 pm (IST): Unfortunately, the ColorOS 11 update for the Oppo A53 has been delayed and will be released sometime before June 24 as per Oppo on Twitter.

Thanks to Abhishek for the tip!

01:20 pm (IST): Oppo has finally started rolling out the stable Android 11 update with its new ColorOS 11 skin on top for the Oppo A53 after the short delay. The official announcement regarding the rollout was made on the company’s community forums.

Thanks again for the tip, Abhishek!

Note: We track all of such updates for all of the eligible Oppo devices in our dedicated ColorOS 11 update tracker. 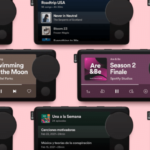 [Update: Acknowledged] Spotify Car Thing eligibility confirmation email leads to page saying that it's not available or Error 503? Here's what we know