[Update: Roze improved] COD Warzone Roze skin too dark to be easily visible? Just turn it red instead with this simple trick The Roze character skin on COD (Call of Duty) Warzone has been riddled with controversy ever since its release.

This is because it is completely black with no reflective surfaces at all, so much so, that even Roze’s eyes are surrounded with black face paint.

As a result, the character is extremely difficult to spot in dark areas of the game, effectively giving its wielder the ultimate advantage when camping or even during regular play.

But being a paid COD Warzone skin means that Roze isn’t really accessible for all and perhaps this is the main reason behind it being declared as a “pay-to-win” skin by many.

Nonetheless, the skin was nerfed with the Season 3 that went live in April. COD says that Roze was adjusted in order to “improve the Operators readability/visibility where sources of light are available.”

However, as it stands, the difference was barely noticeable causing all to continue questioning its very existence.

In fact, the dislike for the skin and the unfair advantage it gives its user is so strong that one can find hundreds of tweets demanding its deletion.

But while there is still no clarity regarding the fate of Roze yet, a Redditor has given out a rather ‘practical solution’ for the problem for now:

I fixed Rose in a pre game lobby. from CODWarzone

Yep. And the red/orange paint reportedly stays on for the rest of the match until one dies or respawns. Moreover, somebody painted inside the Gulag will remain painted if they win and are respawned into the match.

It does stay around if they don’t die in pregame lobby. I’ve been running around as Rambo and got killed. Noticed my body was painted red and yellow from pregame lobby.
Source

So go on, have fun painting your teammates bright red to reduce their ability to be practically invisible. Also, by getting yourself or your teammates painted, you will be doing the name “Roze” some justice.

After all, roses are typically red.

11:26 pm (IST): The Roze skin has been tweaked to be more visible now with the Season Four update. 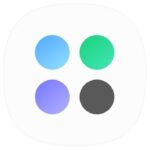