At that time everyone was talking about Pokémon GO, and though Pokémon GO isn’t as popular as it was during that period, it still is hugely popular and has a number of loyal users that are hooked to it to this day. Well, it looks like Niantic isn’t doing a fine job looking after Pokémon GO and its loyal users as it once used to.

For some time, users have been reporting facing lags, freezes and quite a number of bugs in the game.

On my phone (Samsung Galaxy Note 9) I have noticed an extreme amount of lag going into the game and trying to catch pokemon. Some pokemon don’t lag as much to catch like slowpokes, but some lag a ton to catch, like sentrets. Is this just me or is PoGo lagging for everybody? I have tried clearing cache and uninstalling and reinstalling
(Source)

@NianticHelp please fix the lag and other issues with the new update. It’s unplayable after a few minutes. Try to make the game faster, not slower
(Source)

The number of users reporting facing lags at particular moments in the game has grown quite high after a recent update.

We are hopeful that Niantic will soon resolve all the issues in an upcoming update, we will keep following the matter and keep you updated. You can also track all the developments in our dedicated tracker. 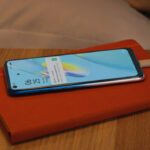