Back in April, we saw reports that LG was calling it quits with the smartphone market, effectively marking the end of the rather controversial yet still capable ThinQ line of smartphones.

However, the company wasn’t going to leave its customers high and dry as it promised to continue supporting its existing devices as per their respective update schedules.

The LG Velvet was meant to be the company’s great comeback after years of arguably uninspiring devices that never really stood out against the Samsungs and Apple of the world.

Launched back in July 2020, the LG Velvet packed modest yet capable internals for the day; a Qualcomm Snapdragon 845, a 4300mAh battery, 6GB of RAM and ran Android 10-based LG UX9 out of the box with a promised update to Android 11.

Back in March, we saw reports that users of the LG Velvet were looking at Q2 of 2021 for the update to Android 11-based 10. Well, that has since blown past and as we head into the second half of the year, it looks like the update is finally ready.

LG has just announced in its Korean community forum that the Android 11 update for the LG Velvet LTE is finally rolling out.

This update brings many of the Android 11 features we know like notification history, chat bubbles, and so on, plus a few more LG-exclusive tweaks as outlined in the release statement.

The update changelog also makes mention of camera features coming in this build such as Quick View and Night Time Lapse, along with the native ability to scan QR Codes.

We shall continue to keep an eye on this update and report back as and when we get more info on availability and the user reception of the same so stay tuned to PiunikaWeb.

Also, we have a dedicated LG Android 11 (LG UX 10) tracker that’s been following LG’s deployment of the update to eligible devices and you can check it out here for more. 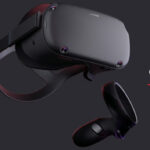