Oculus is a popular name when it comes to virtual reality headsets. The company has acquired by Facebook for a jaw-dropping $2 billion in 2014, just two years following its establishment.

The latest VR headset from Oculus is the Quest 2 which came out in October 2020 with the Snapdragon XR2 SoC and 6GB RAM.

The device can be tethered to a gaming PC with a compatible USB-C cable and allows to play an impressive catalog of games like Lone Echo, Stormland, and Asgard’s Wrath. However, being latched onto the PC for connectivity can limit mobility and break immersion, which is why Facebook had announced a couple of months back that they’ll be adding Oculus Air Link support to the Quest 2.

Air Link essentially allows users with a strong Wi-Fi setup to stream stuff wirelessly. This is ideal for those whose playspace is within around 20 feet of the Wi-Fi router.

However, as already mentioned, the Air Link support was for Oculus Quest 2 alone and Quest 1 users were missing out. But that’s set to change now.

Mark Zuckerberg just announced on Facebook that a new v30 update will be coming soon to Quest that will extend infinite office and make it easier to multitask in VR.

The v30 update is also said to include the ability to create a bigger play space, with the Guardian system being updated to handle boundaries of 15×15 meters.

Along with that, it was also announced that the Oculus Quest 1 will be receiving Air Link support too.

The post didn’t really state when the v30 update will be coming out, nor did it clarify if the said Air Link support will be added along with the update or through a future update.

Still, we will continue tracking the matter for further developments and will update this article accordingly when the Oculus Quest 1 bags Air Link support so stay tuned to PiunikaWeb. 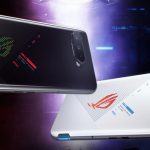 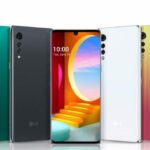