The Zenfone 8, along with the company’s beefy offering for the gamers of the world, the ROG Phone 5, represents the best that Asus has to offer the smartphone industry today.

For what these devices are, they offer such an appealing proposition for anyone in the market for a flagship-level Android experience but aren’t too keen on spending upwards of $1000 while at it.

We’ve talked about both the Zenfone 8 and the ROG Phone 5 at length on this platform and you can check out more on that here and here respectively.

Now, a section of users of the Asus Zenfone 8 are reportedly facing an issue with their devices’ Pocket mode feature. For the uninitiated, the pocket mode feature uses the proximity sensor to reject screen touches when the device thinks it was activated accidentally.

According to these users, either the Zenfone 8 pocket mode feature gets triggered very easily as the proximity sensor is a little too sensitive, or doesn’t get triggered at all, leading to accidental presses.

I also have similar issues. When i have phone in my jeans pocket, i can randomly feel it vibrations as failed fingerprint scan. It sometimes gets locked for to many failed scan attempts and needs pin for screen unlock.
Source

Noticed this issue as well. Sometimes it almost calls emergency services from my pocket 😐
Stranger thing is that sometimes fingerprint reader would not activate, even if the phone is in my hand and sensor is not obstructed
Source

Luckily, all these complaints have landed on Asus’ ears and a community forum moderator has been collecting info from affected users. In response, the mod says that the company plans to continue optimizing this pocket mode feature.

Hello,
Thank you for your suggestion, we will continue to update the mechanism of pocket mode in subsequent updates.

It remains unclear just how soon this issue is likely to get addressed but if history is anything to go by, affected users should see some optimizations pretty soon.

Asus needs to step up its update game when it comes to new versions of Android and the Zenfone 8 and the ROG Phone 5 offer the company a unique opportunity to turn things around. More on that here. 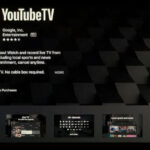