Realme is currently testing Android 11 with Realme UI 2.0 on the Realme X2 Pro along with a bunch of other devices from its portfolio via the Early Access program.

However, the Early access program comes with only a limited number of slots. Therefore, not everyone has got the chance to participate in the beta program.

Fortunately, those who were left out from the Early Access program will have the option to check out Realme UI 2.0 on their devices ahead of the stable rollout via the Open Beta.

Recently we had reported that the Realme UI 2.0 Open Beta program for the Realme X2 Pro was expected this week.

And well, it appears that the company has begun accepting applicants for the Open Beta program for the device.

Some users have taken to the company’s community forums (1, 2, 3) to confirm that they were able to sign up for the Realme UI 2.0 Open Beta update.

At the time of writing, Realme has not made any official announcements regarding the availability of the Realme UI 2.0 Open Beta program for the Realme X2 Pro.

Therefore, we’d suggest taking the information with a pinch of salt since the opening of a beta program always comes with an official announcement.

As usual, we will continue to keep track of the situation and will post an update once any details emerge.

In the meantime, stay tuned to our dedicated tracker to know more about the availability of Realme UI 2.0 on all eligible devices from the company.

Thanks for sharing the tip Satinder!

06:18 pm (IST): Apparently, the Open Beta notice was pulled soon after some Realme X2 Pro users applied for the program. Going to the Trial version option in the Software update settings now shows “No test versions available” once again as per individuals on these threads (1, 2)

Unfortunately, there isn’t much information available regarding the incident. It could be possible that Realme unintentionally opened up registrations for the Open Beta program for the Realme X2 Pro.

11:10 am (IST): Reports coming in can confirm that Realme X2 Pro users are now receiving their beta update to Android 11 with Realme UI 2.0 on top.

For a quick look at how the new update feels on the Realme X2 Pro, check out the screenshots below shared by one user in the community forum.

12:15 pm (IST): In a disappointing announcement, Realme re-opens the Open Beta program after months of keeping it in beta state. There are still no signs of a stable build for Realme X2 Pro. 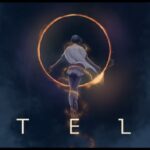