Motorola offers an enhancement for Android‘s in-built Ambient Display feature in the form of Moto Display.

The Moto Display app allows users to customize the Ambient Display functionality as per their needs.

Also, it includes a peek display functionality known as Approach to wake up which shows Pulse notifications.

However, it seems that the Approach to wake up feature or peek display is not working for some users of the Moto Display app.

As per a thread on Motorola Forums, users are facing the said issue on several devices from the OEM.

While the issue got resolved for a user via the generic troubleshooting provided by a Forum Admin, it seems that the fix was only temporary.

Recent reports on the said thread indicate that users are still facing the issue while waiting for a fix.

However, the wait may soon get over as the OEM appears to have found a fix for the said issue.

According to the Admin handling the issue thread, the OEM is rolling out a new Moto Display app update which fixes this issue.

The app update version 06.331.7 is expected to reach all affected users in the coming week.

This certainly is good news for those facing the said problem with Moto Display as they will be able to use the app without any hassle.

So, if you are also facing the issue where peek display is not working, be sure to update Moto Display to version 06.331.7.

That said, we will be back with more such stories as and when we get more details to share so stay tuned.

IST 03:55 pm: It seems that the Moto Display app update version 06.331.7 is now rolling out to users and it indeed fixes the issue where the Approach to wake up feature or peek display was not working. 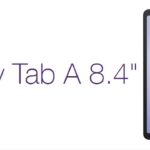