The upcoming iOS 15 is all set to bring a lot of enhancements to Apple’s mobile operating system for iPhones.

The recently released iOS 15 beta 1 update is already giving iPhone users a taste of all the major features of the upcoming OS.

While users are enjoying all the new features with the latest iOS beta, some small features are also grabbing their attention.

One such small feature now allows users to delete apps directly from Spotlight. However, it seems that those running iOS 15 beta 1 update have found another feature in Safari.

As per recent reports from Reddit, the Safari browser on the latest iOS beta update now allows users to set a custom background image.

This feature was already available for the macOS Safari app whereas iOS users had no way to customize the browser until now.

In order to set a custom background image, iOS users have to select the Edit option on the Safari start page then enable the Background Image option at the bottom.

While this is not exactly a major feature like Notification Summary or ShareTime, iOS 15 beta users are still taking quite some liking to it.

So, if you are running the latest iOS 15 beta and want to set a custom background image in Safari, be sure to go through the steps given above to do so.

Apart from that, another small tweak has been made to the Safari Search bar which now sits at the bottom and moves up when user starts typing.

Such small tweaks and features come in quite handy further improving the user experience and the latest iOS beta update appears to be doing just that so far.

That said, we will keep tracking the development of iOS 15 and will report back when more details become available.

In the meantime, you can keep an eye on our dedicated iOS 15 update tracker to get the latest updates on the matter. 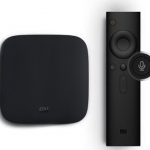