HDR capabilities and slow-motion video are just a few of these features that are becoming commonplace for many new smartphones with top-tier units packing even more features.

The Zenfone 6 is a pretty capable device, even today. The device launched back in 2019 with flagship specs for the time and still supports many of the features you’d expect from a flagship.

However, it is coming to light that there is an issue with the Zenfone 6 with regards to the slow-motion video feature of the device.

According to users, the Zenfone 6/6Z has an issue previewing slow-motion content using either the stock gallery app and Google photos, following the update to Android 11.

Affected users note that the resulting video turns out choppy and sluggish as though it has a bunch of dropped frames.

Interestingly, in-camera preview is reportedly working flawlessly. This issue has since been brought to the attention of Asus on the company’s community forum by a bunch of affected users.

As a result, Asus, through a community forum moderator, has acknowledged this issue and forwarded it to the relevant parties, while assuring affected users of a fix in an upcoming update.

See, Asus has a pretty good track record when it comes to addressing user complaints and fixing bugs in its devices’ firmware.

However, the company needs to pull up its socks when it comes to rolling out new versions of Android to its existing devices. 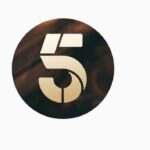 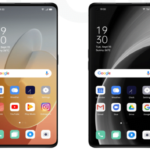