Asus ROG Phone 2 finally bags its second OS upgrade to Android 11, albeit with a catch

Asus makes some of the most revered gaming phones in the market today under its ROG Phone-line of devices. From the first iteration to the current ROG Phone 5, these are arguably the best gaming devices money can buy.

For what these devices are (and many other Asus devices for that matter), there’s always been a looming cloud of doom surrounding these beefy devices, a fatal flaw with nothing to do with the hardware.

Asus straight-up sucks when it comes to updating its devices to new versions of Android. Perhaps the most notable casualty of this issue is the Zenfone Max Pro M1 and M2. The Asus ROG Phone 2 came into the scene back in 2019 and it ran Android 9 Pie out of the box. Since then, we’ve seen the beefy device getting the update to Android 10.

Even with this update, Asus failed to do a decent job as there were a bunch of issues bugging users, issues to do with overheating, malfunctioning aurora lights among others. More on that in our dedicated coverage of the same.

Later, it came to light that the ROG Phone 2’s update to Android 11 might be in the picture, in line with the device’s two promised Android version upgrades.

Of course, there have been issues with this as well. The TL:DR of it all, Asus ROG Phone 2’s official Android 11 update is reportedly under evaluation but there’s no ETA.

Clearly, ROG Pone 2 users need to turn to someone else for their Android 11 needs as we know how this story ends with Asus. Users of this device might have something interesting to look forward to as LineageOS, one of the world’s most revered custom ROMs now supports the ROG Phone 2 for the latest Android 11-based LineageOS 18.1.

The release statement notes that this is an official support which means that the device will get regular updates from LineageOS. These builds should be available in a few days.

It may take up to one week for the builds & Lineage recovery to become available if all goes well with the Lineage automated builder.
Source

So yes, ROG Phone 2 users now have an official build of Android 11. The only catch is that this is a custom ROM. But really at this point, aren’t you already frustrated with Asus? Is your warranty still valid? What do you have to lose? 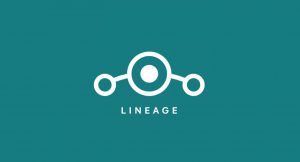 Asus really needs to step up its software game as in 2021, great hardware isn’t enough anymore. The newly released ROG Phone 5 and the Zenfone 8 do offer the company a chance to turn things around.

That said, we shall continue to keep an eye on this ROG Phone 2 Android 11 update from Asus and update as and when we get more info so stay tuned to our Asus Android 11 tracker for more.