New updates are being added at the bottom of this tracker, above the table…

Vivo’s Funtouch OS has been infamous for picking much of its design cues from Apple’s iOS. But with the introduction of Funtouch OS 10, it became clear that the OEM’s days as an iOS spin-off were numbered.

Things took a turn for even better with the unveiling of the Funtouch OS 11 that not only brought about a touch of polish to the existing stuff but also introduced a bunch of new features.

Some of the new stuff includes an improved user interface for both system as well as stock apps, redesigned icons, new Jovi home, iManager to keep tabs on the phone’s performance, a new Album app, and more.

Vivo has been steadily pushing out Android 11 to its devices over the past couple of months and we’ve been closely following the development in this area, more on that in our dedicated Vivo Android 11 tracker here.

Compared to other OEMs, the progress may still be somewhat slow, but Vivo has other stuff up its sleeve to make up for it.

But of course, along with several fixes and optimizations, the Funtouch OS 11 update based on Android 11 has also brought along new bugs and issues, which is unsurprising for such a major update.

Some of the most reported issues as of the time of this article’s writing include battery drain, system lags, app crashing, and calls and notification issues.

Here, we will keep track of such bugs and issues reported by users of Funtouch OS 11. The article will be updated regularly to reflect the latest bugs discovered in the software. 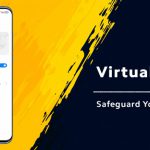 [Update: June 05] Xiaomi MIUI 12 Virtual Identity feature safeguards personal information to any app/website: Here's how to set it up