Early this year, The Elder Scrolls Online announced that the Blackwood chapter would arrive on June 1 for PC, Mac, and Stadia. And well, as promised, the new chapter is here.

But it appears that players who’ve got their hands on The Elder Scrolls Online: Blackwood chapter are reporting that there’s a block cost bug in it.

We’ve shared some reports from players who noticed the issue:

Block is costing way, WAY more than it should. Multiple documented threads on the forums about it. Basically makes tanking and SNB pvp builds broken atm. (Source)

Noticed this as well. I thought it was because of the tireless guardian nerf at first, but even with an extra infused block cost glyph my stamina is just gone any time I have a lot of things hitting me. (Source)

Can confirm that this is happening. My group is currently doing a TTT prog and my block sustain is complete garbage on add pulls and the Assembly General, and it was not this way yesterday. (Source)

According to players, blocking a hit will take up the regular amount of Stamina, however, when they drop block, they lose the full cost of the block again.

Needless to say, this makes things a whole lot harder than usual. An individual even shared a video of the issue. Check it out below.

Fortunately, players may not have to deal with the bug for long since The Elder Scrolls Online team has already acknowledged the issue and has confirmed they’re working on a fix for the block cost bug.

At the moment, there’s no ETA for the fix. So it seems players may have to wait a few more days or even weeks for the fix to go live.

That said, we’ll post an update if and when we come across any further developments. 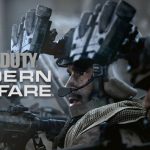 Google Meet down and not working? You're not alone