It came out in April 2021 and offers ROG UI based on Android 11 out-of-the-box along with some serious specs.

While the ROG Phone 5 is slated to get support for Always-on HDR via a future OTA, it is already getting some other improvements.

The Japanese and Global ROG Phone 5 variants are getting a new software update several improvements.

The latest software update for the device in question comes as version 18.0840.2104.49 for both variants.

The said software update fixes the issues of noise during screen recording and lower opponent voice due to wind noise.

Also, the problem where the floating window automatically disappeared after an incoming call has now been fixed.

Apart from that, there are optimizations for the touch experience and temperature control adjustment strategy.

This software upgrade is indeed meant to enhance the user experience on the Global and Japanese ROG Phone 5 units.

So, if you have not yet received the said update on your ROG Phone 5, now is the time to check for the same.

That said, we will report back as and when we get more details to share so stay tuned to PiunikaWeb.

NOTE: There are more such stories in our dedicated Asus section so be sure to go through it. 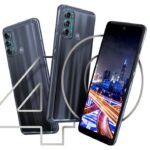