COD Modern Warfare: Warzone seems to be running into a lot of issues at once lately. Players are having to deal with an “Error: Unknown Function” that prevents any game mode from launching including Shoot the Ship.

There are also several reports of downtime in Multiplayer resulting in it not working at all, although that is most probably related to the Unknown Function error. We have highlighted all of these issues below:

There is a slew of complaints doing rounds about “Fatal Error: Unknown Function” on COD Warzone that prevents users from joining online lobbies and instead kicks them back to the main menu.

I know this has been talked about already but why is this shit happening?! I just wanted to play with bots but it keeps on crashing the game with a “unknown function” error!
Source

I just installed cod war zone because it became free and when I tried to play I would only as far as the loading screen for the training match before it would pop up a message that said: fatal error unknown function contact for customer support.
Source

Trying a private match instead is also fruitless as the game only goes as far as the loading screen for the training match before the error pops up again.

Users have already tried all the basic workarounds fruitlessly like reinstalling the game, verifying game files, updating drivers, and even uninstalling/installing selective parts of the game.

Complaints of the issue have come from every platform be it PC, Xbox, or PlayStation which makes it highly likely that Error: Unknown Function on COD Warzone is server-related.

Unfortunately, there doesn’t seem to be any acknowledgment from Blizzard/Raven to date. And given the fact that there are no useful workarounds available, players’ best bet would be to simply wait for an official word.

Modern Warfare’s latest playlist updates had added the Shoot the Ship playlist back. This playlist for players who love to engage in close-knit fast-paced combat.

The game mode is a great chance for players to get the kills out of the way and proceed to the more difficult sections of leveling their favorite guns.

Unfortunately, as clear from the reports, this too hasn’t been working like all of the other game modes. Again, there is no word from Activision or Blizzard yet so fans of the mode may have to sit tight and wait for the time being.

COD Warzone isn’t the only one facing a bad case of purported server issues as there are plenty of reports from Modern Warfare Multiplayer players as well saying that none of the game modes are working.

I’m on console and I load up to get into shoot the ship or any other game mode and it says match loading then match starting I get into the loading screen and cod restarts it’s been doing this for a couple of hours any help?
Source

The game modes in question include private matches, Shoot the Ship, and gunfight.

That said, we will continue tracking the status of the server issues and downtime affecting COD Warzone and Modern Warfare Multiplayer so stay tuned to PiunikaWeb.

The devs have resolved the issues that prevented players from joining matches and matchmaking. Take a look at what Activision support said:

We resolved an issue in #ModernWarfare affecting private matches and matchmaking. Thank you for your patience, and please reach out to us if you’re still experiencing this issue. 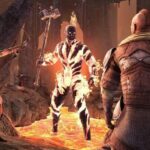