TSB Bank Mobile Banking app has gone down for all users on both iOS and Android and there has been a slew of complaints doing rounds on social media about it.

Users say that the app has logged them out on its own following which they have been unable to log back in. This is because the app keeps throwing a prompt to update the app.

tsb why is your mobile banking app not working again? Its saying I need to update, I did this and its still telling me I need to update. How about you stop messing with stuff you have no idea about?
Source

@TSB My app is saying update to continue but when I press update and it takes me to the app store there is no option to do so. If I press open it just tells me to update so I’m just going round in circles here. not sure how to get it working? Thanks
Source

But proceeding with it is fruitless as a redirection to the Google Play Store or Apple App Store reveals that there isn’t any new update available.

The outage had reportedly begun yesterday but has still not been addressed. Moreover, there doesn’t seem to be any official acknowledgment for the mobile banking app not working issue from TSB so there’s no ETA for a fix.

Being a server-side issue means that there’s little to nothing that can be done from your end to resolve it so all you got to do now is to wait for TSB to sort this mess out.

It could be possible that the prompt asking to update isn’t really a false alarm and the said update is set to roll out soon. But that’s only speculation.

That said, we will continue tracking the matter for further developments and update this article accordingly, so stay tuned to PiunikaWeb. 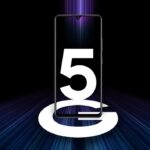