Conan Exiles comes on top of the list of survival video games. The game is developed by Funcom and can be played on Microsoft Windows, PlayStation 4, and Xbox One.

Game developers are pushing regular updates to make Conan Exiles stand out. So far, they have managed to make an impact as the community has only expanded ever since its inception.

An update for the PC aired recently that makes cross-platform gameplay possible for Conan Exiles as it will allow Steam and Microsoft Store (PC) players to play together. But not everything is good about this update and it has started to appear as a half-baked update. Users don’t seem to be happy after updating their games.

Reports are floating on the internet where Conan Exiles players seem to be troubled by a crashing issue in the game. This has reportedly begun after the PC Update 2.4.

Since the update the game freezes and kicks me off. This happens at various locations on the map. Not isolated to a single area.

In case you haven’t seen the steam forums, this update has completely messed loading screens on Pc. Traveling via map rooms crashes the game also Loading dungeons like the midnight grove causes crashes.

It can be inferred that after the latest update, servers took a hit that won’t allow players to get into the game, leading to a crash.

There is not a single issue that has been bugged but a string of them. The loading screen is stuck for some, others face severe game crashing when wandering into the dungeons.

The official feed of Conan Exiles did notice this issue and in fact, released a couple of patches to address the freezing and crashing issues.

It, however, didn’t go as planned and ended up giving rise to more issues within the game, making Conan Exiles unplayable.

The teams will continue to look for a solution and teams are already working on it. So, it appears to be only about a couple of days.

We are aware of the issue and are working on it! We’re sorry for the inconvenience! (Source)

There isn’t a workaround available at this moment but game developers are active and we expect a quick fix to roll out in the coming days.

We’d still keep an eye on the developments here and update you as soon as the game is back online or a workaround is available. 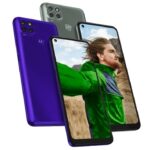