The Samsung Galaxy S21 Ultra is easily one of the best Android smartphones you can get your hands on right now.

It packs the latest and greatest specifications such as a 120Hz, HDR10+ Dynamic AMOLED screen with a peak brightness of 1500 nits and the Snapdragon 888 or the Exynos 2100 (depending on the region). 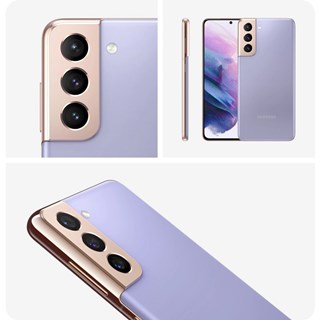 Moreover, apart from the new hardware, Samsung has also pre-installed the One UI 3.1 skin on the Galaxy S21 series which adds a few new features compared to One UI 3.0.

The devices recently went on sale and users across the world have started expressing their thoughts on the new devices online through blogs, videos, tweets, and whatnot.

While there are a lot of positives, it seems there are a few bugs and issues that come with the latest flagships from Samsung.

Some users have taken to the company’s Korean community forums to report about a few issues that they noticed with the Samsung Galaxy S21 series.

For starters, an individual has pointed out that the video stabilization in the Camera application does not appear to work on the Samsung Galaxy S21. In fact, it does the complete opposite in some cases by increasing the jitter.

I am using the normal version of the S21, and even though the image stabilization is turned on when shooting a video, only the angle of view decreases, and the image fluctuates considerably as if it is in the uncorrected state. I just dance like when I shoot the A5 2017 video without the correction function I used before. The funny thing is, if you turn off image stabilization, the shake is much less. (Source)

Responding to this, a Samsung moderator in charge of the Camera claimed that the problem will be fixed in the next software update for the device.

This isn’t the only issue with the Camera app. A Galaxy S21 Ultra user has also pointed out that the phone automatically captures images via the main sensor and crops in instead of using the dedicated 3x telephoto lens to capture images while zooming in.

The phone adjusts the lens at will and sometimes catches the digital zoom, so the picture quality is degraded… No matter how much I want to use the 3x telephoto, I can’t hold it properly. Make sure to use the lens as set by the user. (Source)

The problem isn’t exactly new since the same was noticed by Galaxy S9 users and more recently, Galaxy S20 users too. Samsung apparently does this to avoid grainy photos since the telephoto lens needs more light.

Nevertheless, a moderator has confirmed that the company is working on finding ways to improve the user experience in this regard and will provide a software update in the near future to address the issue.

Last but not the least, another strange issue appears to be bothering some Galaxy S21 users. As per a user’s report, the brightness on the homescreen is considerably lower than the screen brightness when using an app.

And responding to the user’s complaint, a mod confirmed that there have been several reports of the problem and Samsung is currently “investigating” the bug. Once the root cause can be traced, the issue will be fixed.

Having said that, we will post an update once Samsung rolls out a fix for either of the three problems mentioned here.

Feel free to drop a comment below in case you’ve bumped into the same problem too or any other issues on the Samsung Galaxy S21 series for that matter.

In the meantime, stay tuned to our dedicated tracker to know the status of One UI 3.1 for all devices from the company.

09:45 am (IST): Samsung has released the March update for the Samsung Galaxy S21 series and it is already available to users in multiple regions. The update apparently improves the performance of the camera according to the changelog.

However, it’s uncertain whether or not the issues mentioned here have been addressed via the update. Here’s a screenshot of the changelog for reference:

10:52 am (IST): Updates continue to arrive for the Samsung S21 with an aim to improve the camera performance.

This time the update package is huge and the changelog suggests it’s mostly camera centric. So, a lot of previously encountered issues should get resolved now.

07:42 pm (IST): According to recent reports, the Samsung Galaxy S21 series is getting a new update internationally to fix camera lag along with the June 2021 security update. 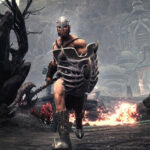