iOS 14 brought about a degree of customizability to the Apple iPhones with added support for shortcuts, widgets, and custom icons. But the best feature that gives the most ‘personal touch’ vibes has in fact existed for ages.

The feature is iOS’s live photo wallpaper functionality that allows users to make and set a custom live wallpaper out of a GIF or video of their choice. However, this is where several iPhone users are running into issues:

So I am attempting to set a photo I’ve taken as my lock screen wallpaper and having the live photo available for tap. But when I’ve set the photo and do the tap, the clip that plays is cropped entirely wrong and shows only on part of the screen, a large chunk of the screen remains turns black.
Source

I noticed that setting live photo lock screens on our iPhone 12 and 12 Pro Max results in a black banding effect, where after pressing to view the Live wallpaper, the animation to begin a Live photo is played, but the screen zooms to the left of the Live wallpaper, almost like it was dragging the photo off the screen.
Source

As clear from the above, the iPhone live photo lock screen wallpaper appears to sort of shift to the side, outside of the viewable area upon a 3D touch, leaving a big chunk of a black screen.

The issue seems to be affecting older iPhone models as well as the latest ones with bezelless displays including the iPhone 12 series.

One user also observed that not all images are affected. Photos taken in the 4:3 aspect ratio can play correctly on the lock screen, while others including the 16:9 aspect ratio suffer from the same black screen effect.

Nonetheless, if you are one of the users affected by this bothersome bug, then you might want to try out the following possible workaround that was given out by a user:

1. Edit the photo in the Photos app and hit “crop” in bottom right corner
2. Then in the top lift corner, mirror the image horizontally.
3. Come out of edit mode so that you are viewing the photo normally in the Photos app, then hit share in the bottom left corner (box with upwards arrow)

4. Hit “Options” at the top and tick “All Photos Data”
5. From that screen, use the Messages app to send the photo to yourself
6. Save the newly received image
7. Set this as your live wallpaper, as you normally would from the Photos app
Source

Do keep in mind that this workaround for the iPhone live wallpaper black screen issue upon 3D touch hasn’t been tested by us and is hence not guaranteed to work. It is still worth a shot though.

If it does not help, then your best bet would be to stick with photos shot in the 4:3 aspect ratio instead. Or you could simply crop them to the magic size. 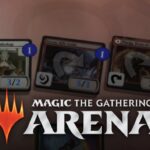