Tesla’s capabilities are without doubt truly inspirational, especially for those that value clean energy. The company has managed to bring a piece of technology from the future to the mass market.

However, Tesla cars are pretty prone to bugs and issues considering that much of Tesla’s features hang off software.

After all, the vehicles are constantly updated with new features and random improvements – almost like they’re all a part of a massive beta program.

We previously highlighted how the latest batches of Tesla Model Y suffer from vision-only autopilot issues during rain and hi-beam issues at night.

And now, there are several reports saying that the instrument clusters on various Tesla models are dangerously turning off while driving.

Instrument cluster keeps turning off while driving. Tesla say it’s a known issue but no ETA on fix from teslamotors

I had the same thing happen to my model x in the US. Same response from Tesla. I ended up upgrading to MCU2 to replace the screens, which I had considered before but passed on because I didn’t think it was worth the money. I have a baby on the way and having the car behave oddly was not an option. I effectively had to pay to fix it out of pocket.
Source

I have a 2021 PMX and while I was driving on a highway 1 month ago, both displays went dark and 40 seconds later they came back on with “T” logo and appeared normal again. I booked a mobile appointment upon arriving home and 2 days later the mobile technician spent about 3 hours in my car and updated the firmware at no charge and said the 256GB flash drive might have caused the MCU to go out and told me to reformat it on my MAC then reinstall it.
Source

As you can see from the above video, the instrument cluster display went dark for the owner for a few seconds following which it came back on with the “T” logo and appeared normal again.

Some Tesla owners even reported that both displays occasionally turn off due to which they’re unable to disengage the autopilot while driving, which is a horrifying experience, to say the least.

Fortunately, several Redditors reported that they were told that the issue is a known one upon visiting the service center. Although an ETA for a fix wasn’t given out.

For now, there is one possible fix for the problem. One owner suspected that the Tesla instrument cluster turning off issue has something to do with the 12V battery.

As per them, the battery sometimes doesn’t produce enough amps to power all of the car’s systems. The solution for this is to get the battery checked by Tesla support. 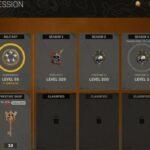 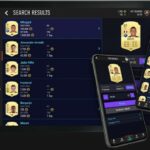