Original story (from May 23) follows:

Xiaomi has succeeded where many other smartphone vendors failed thanks to the incredible balance it has been able to strike between price and value.

The company churns out phones with some of the best hardware on the market, ranging all the way from the bottom-end Redmi and Redmi Note series to the premium Mi family of devices.

Take the recent Redmi Note 10 series, for instance. The phones have everything you can expect at this price point and then some. On the other end of the spectrum is the new and shiny Mi 11 series, with the Mi 11 Ultra the epitome of the family. Unlike before, though, something has changed about Xiaomi’s premium Mi series.

The 2016 Mi 5, for instance, matched Samsung’s Galaxy S7 in terms of performance hardware, rocking a Snapdragon 820 SoC but at a fraction of the S7’s price.

The following year, the Mi 6 was equally powerful with its Snapdragon 835 SoC that also powered the Galaxy S8. But again, the Mi 6 came in with a much lower price tag than the S8.

This insane pricing for significantly powerful phones is what saw the Mi series’ popularity grow at a time when the budget-friendly Redmi Note series had already gained significant traction outside China.

As we celebrate this milestone, we're thrilled to introduce you to the #ThePerformanceAllStar – the #RedmiNote8 2021. Stay tuned! pic.twitter.com/39RHoTC2Mb

Imagine being able to buy a smartphone that is as powerful as what usually costs in the regions of $1,000 for just half the price! No sane person can pass this chance, right?

However, as noted earlier, things have started changing with recent devices in the Mi series. Xiaomi, having gained some mileage in the global market, no longer relies on the price vs value mantra.

Instead, the latest Mi series devices command equally premium price tags as the Samsungs and iPhones of this world, which essentially levels the playing ground. 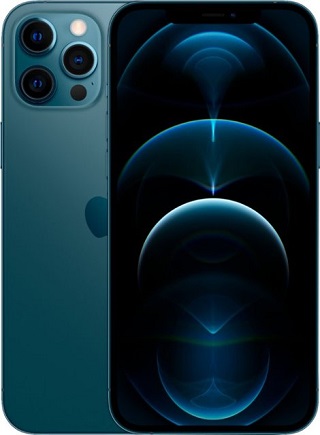 Similarly, the Mi 10 Ultra before it came in priced in the regions of $850, making it one of the company’s priciest Mi devices ever at the time.

But having had encounters with both ends of Xiaomi’s smartphone creations, I’d confidently say the company overdelivers on hardware and underdelivers when it comes to software (MIUI) experience.

While the price of Xiaomi’s Mi series has been on a constant rise, one thing that doesn’t seem to follow suit is the MIUI experience found on these pricy phones.

Here’s the thing, back in the day, many of those who opted for Xiaomi Mi series instead of the pricier Samsung or Apple phones could live with the poorly optimized MIUI experience owing to the amount they paid.

In fact, there are so many people out there who are fine with using MIUI on the budget Redmi phones. But it doesn’t just feel right having the same experience on the pricier models.

Now that price is no longer a buying factor, Xiaomi leaves us with no choice but to subject its Mi devices to the same level of scrutiny as the premium Samsung Galaxy and iPhone devices.

When paying $1,000 and beyond for a phone, you have all the rights to demand for the best software experience. No doubt Samsung and Apple deliver on this front, but unfortunately, Xiaomi fails terribly.

Let’s take Samsung for example. The Korean company has two versions of its One UI skin. The standard One UI is meant for the premium Galaxy S, Note, and select Galaxy A devices.

On the other hand, the budget Galaxy A and Galaxy M devices are powered by One UI Core, an essentially stripped-down version of the standard One UI.

With this variation, those who buy premium Galaxy devices get a far superior software experience that tags along more features compared to budget devices powered by the One UI Core skin.

The optimization level on the premium devices is also a tad better. Heck, Samsung even offers up to 3 Android OS upgrades to its most prized assets, something we don’t see in Xiaomi’s camp.

Instead, the Chinese company sticks to basically the same MIUI experience across the board, offering the same 2 Android OS upgrades to its premium and budget phones.

Sure, there are bound to be more features on offer in premium Mi devices, but you are not immune from poor optimization, plenty of ads everywhere, a mostly buggy UI and lots of bloatware to deal with.

Xiaomi has done pretty much everything needed to be done in terms of hardware, but not much work has been put into perfecting the MIUI experience on premium phones.

This needs to change. And that too pretty soon now that Mi series phones don’t seem to be getting any cheaper and Xiaomi kind of sees itself in the same bracket as Samsung and Apple.

The incoming MIUI 12.5 update is supposed to deal with some of these issues, namely bloatware, but that remains to be seen how effective it’ll be in the premium segment.

What are your thoughts? Do you feel Xiaomi’s premium phones should get a better MIUI experience owing to their hefty price tags compared to their budget counterparts?

Let us know in the comments below. You are also welcome to vote on our Twitter poll below, with the results to be shared after a week.

[POLL] Do you think Xiaomi should significantly improve the MIUI software experience to match the recent hefty price tags of its premium Mi phones?

Read our opinion & vote below: https://t.co/jiCAvC9AXs

Results for the poll are out, with an overwhelming majority (83%) saying that they agree Xiaomi should significantly improve the MIUI software experience to match the recent hefty price tags of its premium Mi phones.

While close to 3% said no, the remaining chose the ‘Who cares…” option. In case you missed the poll, and have something to share, you are welcome to leave a comment at the bottom.