Apple’s extremely strict quality control standards ensure that its products are virtually free from all sorts of defects. However, there’s always a possibility of tiny kinks making it through the checks.

As it stands, several iPhone users have been reporting unresponsive touchscreen issues for quite a while now, or since the release of the iOS 14 update back in September. Some of such reports have been given below:

I am still having this problem 3 months on from when it started. I had the iOS14 beta and it was fine up until December, that’s when it started ghosting. The bottom left corner of the screen became completely unusable, then the entire screen.
Source

I am having the same issue. The corners of the screen are unresponsive. This is hugely annoying because the back arrow doesn’t work unless I keep tapping all around the corner and I’m lucky enough to hit the magic spot.
Source

As clear from the complaints, users are facing ghosting issues wherein tapping/swiping on a part of the screen results in the touch getting registered on some other.

Several others have reported that the iPhone touchscreen gets unresponsive on certain parts of the display, mainly at the corners, or even on select keys while typing (especially the ‘P’ key).

The unresponsiveness at the corners is particularly annoying though since it renders the on-screen back button inaccessible.

Models reportedly affected by the problem include iPhone 7 Plus, iPhone 8 Plus, iPhone X, iPhone XR, iPhone XS, and even the latest iPhone 12. 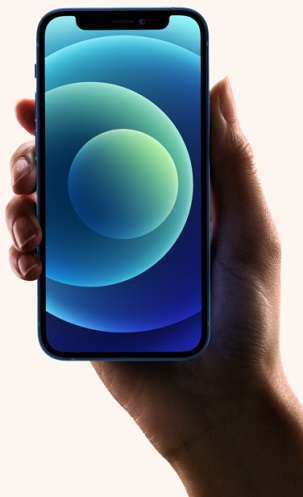 If you are one of the users facing issues like these, then there’s one thing you should know. Even though the complaints numerous, they still barely represent a tiny fraction of the total iPhone userbase.

Therefore, if the problem were indeed a software issue brought along by the iOS 14 update, reports of touch unresponsiveness would be much more widespread.

This leaves only one explanation – your iPhone unit has either been damaged unknowingly or is a defective one. In such a case, your best bet would be to take the device to an authorized service center.

But if that’s not an option, then we have scoured the forums for workarounds given out by users, for users, and listed them below:

Workarounds for the iPhone unresponsive touchscreen issue on iOS 14

1. Disable slide to type on keyboard: Several users have mentioned that disabling the slide to type feature on the iOS 14 keyboard solved the issue for them. You can do the same from Settings > General > Keyboard.

2. Turn on autocorrection: Oddly, turning on autocorrect for the keyboard has also helped with the issue for several users. To do so, head over Settings > General > Keyboard and set “Auto-Correction” to on.

I solved my ghost keyboard by unlinking a digital watch – that I had hidden in a wardrobe, but switched on – when it connected unwillingly the phone via bluetooth, disrupting the iPhone XS Max keyboard.
Source

4. Locking and unlocking the screen:

Areas of the screen becomes unresponsive many times during the day. Locking the screen and unlocking it again seems to temporarily fix the issue.
Source

5. Reset iPhone settings: A couple of users reported that resetting the iOS 14 settings fixed the unresponsive touchscreen issue on iPhone. To do that, head over to Settings > General > Reset.