04:23 pm (IST): It appears that Realme has begun rolling out the beta update for which the Early Access registrations were recently opened up.

01:34 pm (IST): Realme is rolling out a minor beta update for Realme 6 with version C.06. The update package only weighs around 23 MB and is for the signed-up users.

04:10 pm (IST): Realme 6 users will have to wait a little longer as only a beta build of Android 11 is rolling out to the signed-up users. This update comes with version C.08 and is no more than 85MB. 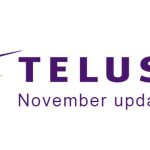 These TELUS phones are getting new updates this month [Cont. updated]