While the update Android 11-based One UI 3.1 has arrived for the Galaxy M51, users are still waiting for something else.

Users have been asking about the carrier aggregation support ever since the Galaxy M51 came out.

It seems that the Galaxy M51 currently does not have the carrier aggregation support enabled.

However, that might change in the future as carrier aggregation might be in the works for the device in question.

A user has shared what appears to be a screenshot of a mail from Samsung Support about carrier aggregation.

In the screenshot, it can seen that the development team is aware of the issue where the said support is not enabled on the Galaxy M51.

Also, it is mentioned that they are working to enable the carrier aggregation support as soon as possible.

While it is possible that this might happen with the next Galaxy M51 update, nothing is confirmed as the OEM has not made any comments on the matter so far.

It must be noted that the Snapdragon 730G SoC, which powers the said device, does support 3×20 MHz downlink and 2×20 MHz uplink carrier aggregation.

It is, however, unclear why the support was not enabled on the Galaxy M51 by default when it was released.

Hopefully, Samsung soon provides users of the Galaxy M51 with what they have been asking for all this while.

NOTE: There are more such stories in our dedicated Samsung section so be sure to go through it. 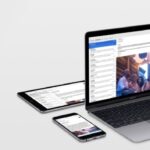 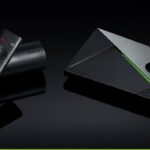